I was reading one of my favorite photo blogs today (momentaryawe.com) and I was impressed with an annual blog the photographer does of his favorite photos of the past year.  Wanting to do the same thing, but not having the luxury of a new year around the corner, I decided I would post my favorite photos from my time in Europe about two years ago.  I didn't have a nice camera with me as we were poor college students living in Budapest for 4 months out of a suitcase, but I got a few shots I like.  In the future I will think of some more "best of" posts to do. 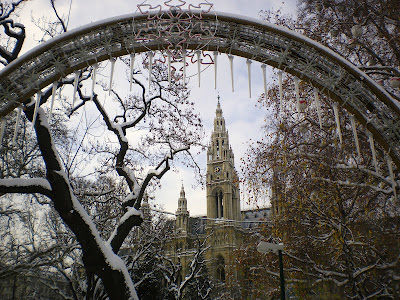 Vienna, Austria
This is the city hall building, if I remember correctly.  We were only in Vienna for one day and it was cold so I didn't take a lot of really good pictures.  This was the only one I really liked.  I should go back and edit out the light pole and wire, but at the time I did not have access to good editing software. If anything, this post will hopefully show how far I have come in the past two years with some new equipment and a lot of practice. 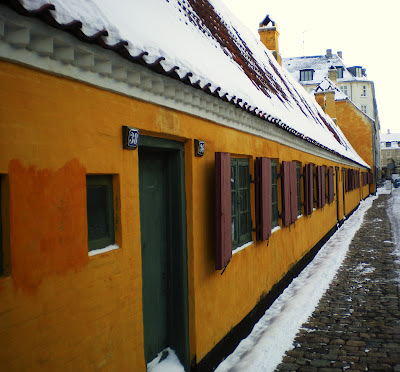 Copenhagen, Denmark
Copenhagen was much colder than Vienna, but I dragged my wife out of her hostel and made her rush through all the sites in one day.  This is the military housing.  I looked it up before we got there and I had to see it because I really enjoy photographing bright and bold colored buildings (as evident from the photo below too). 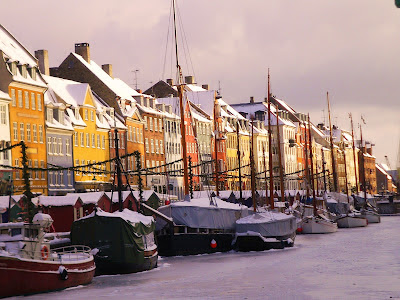 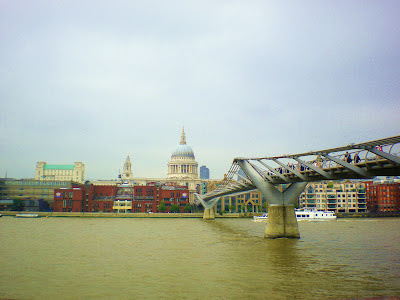 London, England
This is the Millennium Bridge with St. Paul's in the background. 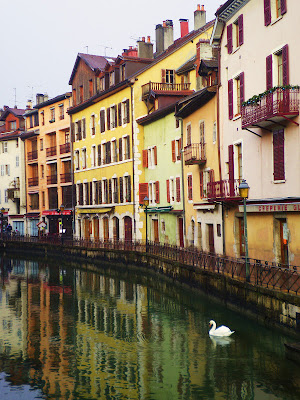 Annecy, France
Another shot with nice bold colors.  Annecy was a wonderful place.  The best word we came up to describe it was "enchanting." 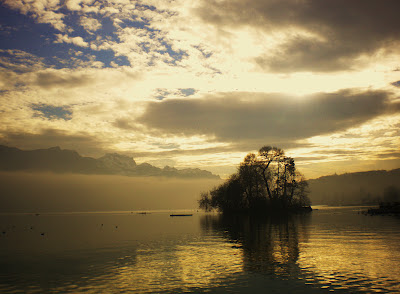 Annecy, France
This lake was amazing.  We arrived early in the morning and hung out at the lake while we waited for the town to wake up.  The fog was starting to clear out and the sun was breaking through to create scenes like this. 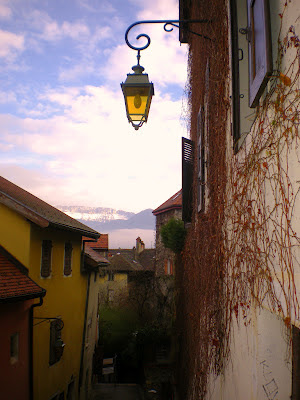 Annecy, France
This is pretty much what most of the town looked like.  This was a little alley we found between the buildings.  It led to some stairs that went up towards the church. 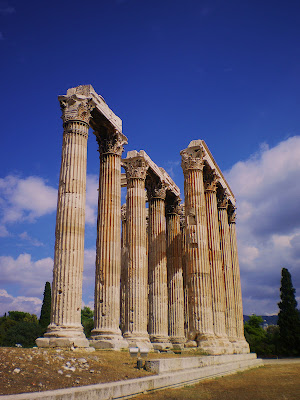 Athens, Greece
This is the Temple of Zeus.  There's not much left, but these columns were quite impressive. 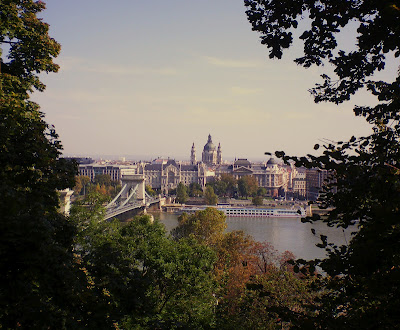 Budapest, Hungary
Even though we lived in Budapest for nearly four months, I only made the climb to the top twice.  Once with my wife and once with my niece.  This is from the first trip near the top of the stairs.  Looking out you can see the famous Chain Bridge and St. Stephen's Basilica.  Its still amazing that I walked past the basilica every morning on the way to school. 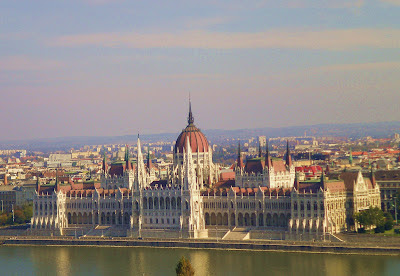 Budapest, Hungary
This is the famous Parliament building.  It was just a few blocks from our house so we visited a few times.  Unfortunately, it is very hard to get inside so we never made it.  It was patterned after the British Parliament, but is said to be one meter longer on each side.  This photo was taken from Fisherman's Bastion on Castle Hill. 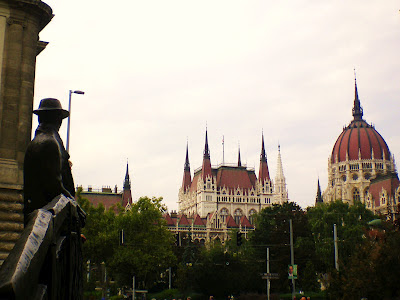 Budapest, Hungary
I loved this view of the Parliament Building.  I should go back and remove all the poles and wires though.  If I remember correctly, the man on the bridge in the foreground is to memorialize a man who was part of the communist government but worked to end communism; thus, straddling a bridge. Budapest, Hungary
These statues are located on the top of Gellert Hill and can be seen from most of the city.  The top one represents peace while the bottom one represents man's battle against evil.  Fittingly, these statues were placed where a giant communist statue once stood. 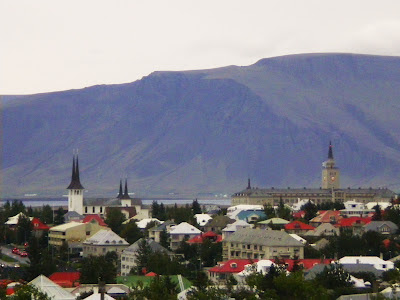 Reykjavik, Iceland
Although this picture is not sharp at all, I liked how it contrasted the city with the large mountains. 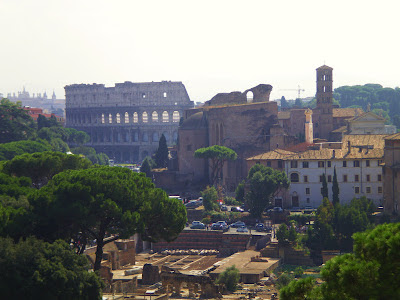 Rome, Italy
The Coliseum was our favorite part of Rome by far, and this was my favorite picture of it. 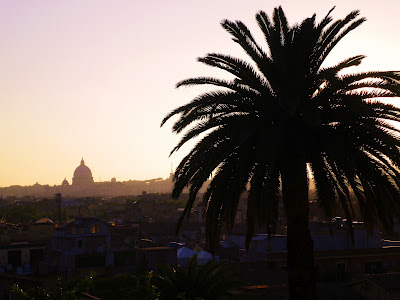 Rome, Italy
Captured this shot on our walk home.  At the time, I was impressed by the big palm tree, but now that I live in Las Vegas, it is not very exciting. 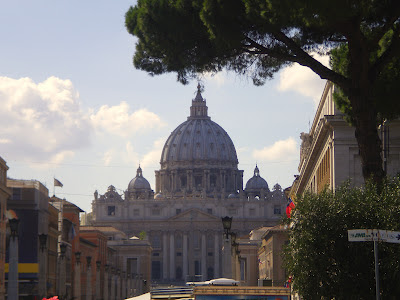 Rome, Italy
It was tough to get a good view of St. Peter's because it is surrounded by buildings.  This main street leading up to it did provide a nice tree to frame it though. 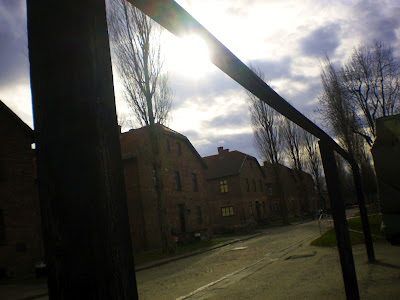 Auschwitz, Poland
These are the gallows where people were hanged before the gas chambers were completed.  I thought the dark clouds and sun on the gallows helped to portray the feeling of this scene. 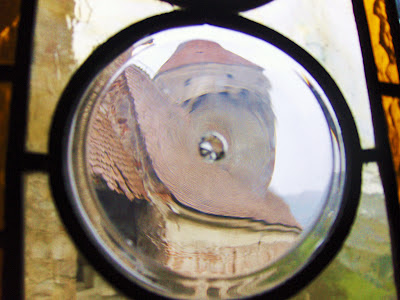 Hunedoara, Romania
This castle was our favorite from Transylvania.  This photo was taken from the master bedroom. 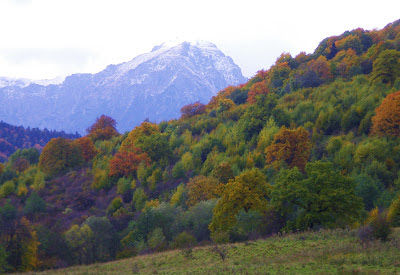 Transylvania, Romania
Fall in Romania meant beautiful colors.  We pulled off the side of the road to take this on the way to the Peles Palace from Bran. 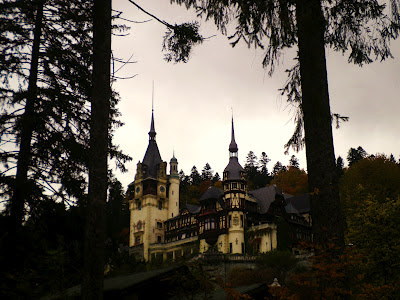 Peles Palace, Romania
Unfortunately some foreign politician had the whole place booked.  The grounds were beautiful though. 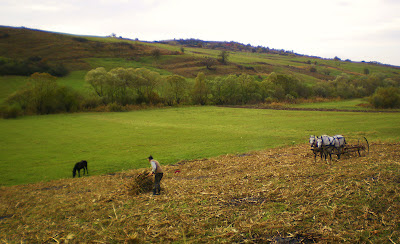 Transylvania, Romania
This shot was taken off a gravel road on the way to Viscri.  The old man was friendly and had no problem with us taking pictures.  It was like stepping back in time. 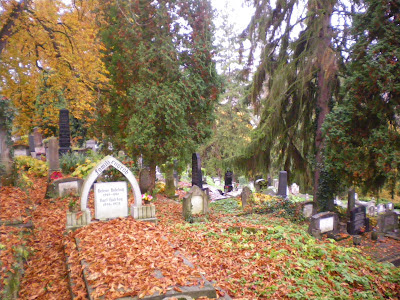 Sighisoara, Romania
This cemetery was just outside the ancient citadel.  My wife and I seem to have a knack for finding cemeteries while traveling. 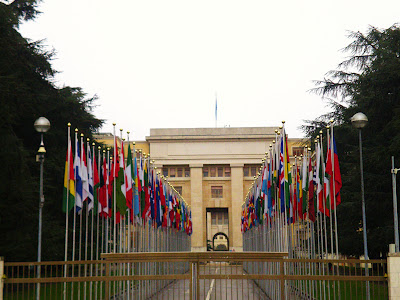 Geneva, Switzerland
This is the original United Nations building. 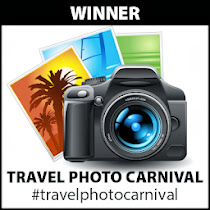 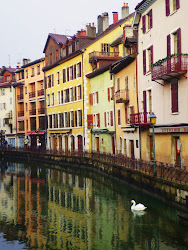 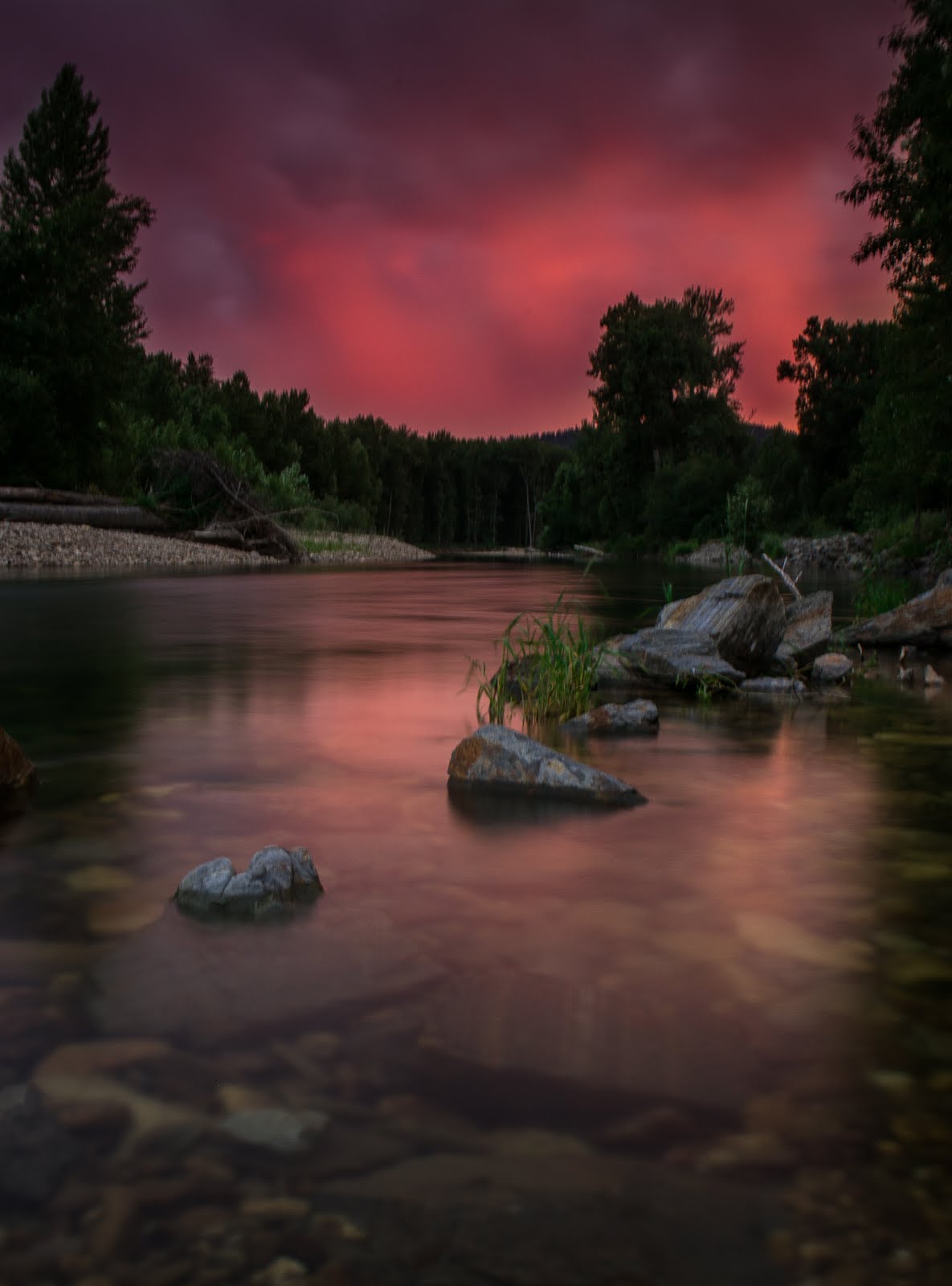